How to Clear Criminal Record in the UK? Did you know that around 11 million people in the UK have a criminal record? By the age of 53, one-third of men and nine per cent of women go under conviction of an offence. Many times some minor offence can get your name in criminal files. While you cannot clear all criminal records, you can clear some with the proper method. It is helpful for you to know how to clear criminal record in the UK.

If you have a criminal record, it can be an obstruction to get a job, apply for university, rent a house, or even travel. It may stop you from getting on with your life. In the UK, the  Police National Computer (PNC) stores all recordable offences. It remains there until the person becomes 100 years old.

However, there is no formal way for a person to request deletion of court convictions. For some exceptional cases, you can clear caution and convictions on a criminal record. This blog will show those circumstances and how to clear a criminal record in the UK.

What is a Criminal Record?

A criminal record is a history of crimes and offences about a person. It mainly records all the misconduct that was proven by court or law. In most cases, it includes all non-expunged criminal offences. It also lists all the offences like speeding and drink-driving. A felony is a severe form of crime. For examples, felonies include murder, manslaughter, dealing drugs, rape, robbery, and arson.

On the other hand, a misdemeanour is a lower-level criminal offence. For example, minor assaults, traffic offences, or petty thefts.

PNC is the central database to store criminal information. There are also places where you can find the information. In the UK, these places are:

Records like caution, conviction or police investigation can affect you when applying for:

The PNC, established in 1974, holds various personal data on individuals. Therefore, it ranges from arrests and convictions to vehicles and property. In short, it contains any kind of criminal record of a person. In contrast, the PND came along in 2009 and held police intelligence data. For example, CCTV video and other records on individuals, organisations, and firearms. A person’s PNC record or police records contain a list of:

Police National Computer (PNC) enlists every recordable crime about you and your details. These records are any kind of:

You may have a conviction if you have agreed to be guilty or was found guilty of a crime. You might face any of the following:

It is a formal warning about future actions. A senior police officer issues it to a person after they accept committing an offence. It is a substitute for imposing a charge and potentially prosecuting someone. Typically used for minor or first-time offences.

Juvenile offenders (aged 17 and under) who commit a second offence gets a warning. The police are going to refer the young offender to the offending youth team.

It is a formal verbal warning. A police officer gives it to a young person who confessed to committing a “minor” first offence.

How to check my information in PNC?

Since 2006, police can keep details of all recordable offences of a person until they reach 100 years of age. Under the old ‘weeding’ rules, the police could remove qualifying records prior to 2006. A person can request to erase eligible records. But in some cases, PNC erases suitable records automatically. However, there was no systematic procedure. Therefore, many documents that were eligible for clearance were not clear and were there in the record.

According to the Data Protection Act (DPA) 1998, everyone has the right to see the data that anyone holds against them. The Subject Access Request of the DPA 1998 gives the right to have a copy of any personal data held about them.

You can ask your local police for this information directly. Most police departments have application forms to apply for the information you need. These forms can be helpful, but you have no obligations to use them; you can call, email, or write in your request instead.

Additionally, you must contact ACRO to see your record on national police databases like the PNC. You can receive a certificate from ACRO. This certificate may:

Moreover, if you find incorrect data in your ACRO certificate, you have the right to complain to ICO. You can provide or request a check for correct information. 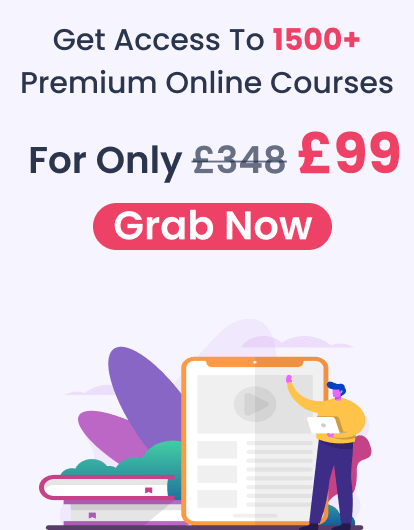 What is a DBS Check?

For many purposes, a criminal history check is necessary. When you apply for a job that seeks trustworthiness, they do a criminal record check. Before, the Criminal Record Bureau (CRB) did the criminal check. Until Disclosure and Barring Service (DBS) came along in 2012. The DBS, a non-departmental public body sponsored by the Home Office, does the check. When the CRB and the Independent Safeguarding Authority merged in 2012, the DBS was born. The merger aimed to make the process more effective. If necessary, the DBS will conduct a criminal background check and check against the children or disabled adults barred list.

Since DBS checks provide an organisation or employer with your data, you cannot ask them to do the check. Instead, the employer, organisation, or charity will have to request it on your behalf.

The steps are as follows:

Moreover, jobs like a teacher, childminder, social worker, doctors, foster carer need a DBS check. So if you want to apply for this position learn how to clear criminal record in the UK.

Do Driving Offences show on DBS?

Minor offences, old and first-time small offences, which did lead to conviction, don’t appear in the DBS report. It can be a first time driving offence.  The legislation provides the rules on when you can filter a conviction or caution. It states that a certificate must include the following:

How to Clear Criminal Records in the UK?

If you want to know how to clear criminal records in the UK, first, it’s important to know that deleting police data is discretionary.

Thus, if you already have data in your criminal history that was taken lawfully, it is likely police may refuse to remove the record. No matter how minor the offence was. If you want to clear your criminal records so that it doesn’t appear in your DBS check, you must first realise the magnitude of the offence you committed. It is rare to clear your PNC data.

Are you Eligible to clear a Criminal Record?

Here is what you should learn before knowing how to clear criminal record in the UK. The table below will tell you whether to apply for the record deletion process.

Who can Clear your Criminal Records?

The chief police officer owns all the right to data in the PNC. They decide for exceptional cases to delete non-court disposal such as caution. They also delete other non-conviction data.

A person can request to have a record removed from the PNC by filling out a form available on the ACRO Criminal Records Office’s website. The National Police Chiefs’ Council (NPCC) has guidance on the Record Deletion Process. It states that there are no fixed criteria for record deletion. So chief officers must use their professional judgment based on the information available.

You have to completely fill-up the form. You also have to attach identity proof and any document to support the application. The chief police officer receives the application for any judgment. Here are some circumstances where record deletion:

When there is proof that the recorded crime was not committed or took place.

Related:
1. What is the Difference Between Civil and Criminal Law?
2. How to Become a Criminal Intelligence Analyst

When a case drops against a person at some point. Additionally, if there is proof that the case was a malicious or false claim.

When there is proof that a suspect is an alibi and, as a result, removed from the investigation.

Suspect status not clear at the time of arrest

When a person is arrested at the start of an investigation, the line between perpetrator, victim, and witness is not clear, and the person is eventually ruled out as a suspect (but maybe a witness or victim).

Note that a person with a court conviction cannot request or apply to delete their record under this process.

0 responses on "How to Clear Criminal Record in the UK?"